Jimi Hendrix is the definition of inspiration. His unprecedented guitar work had the ability to ravage the ears of listeners, or bring them to tears over the sheer beauty of note selection and lyric accompaniment.

During the 1960s Hendrix played with big names like Little Richard, the Isley Brothers, and Curtis Knight and the Squires before revolutionizing rock and roll music with his group the Jimi Hendrix Experience.

In those days, distorted guitars were not the norm. Hendrix used his amplifier to create feedback. He also used various guitar effects like the wah pedal which allowed him to mimic the sounds of shrieks and wails. His whammy bar spurred the sound of falling bombs, heard in classics like his rendition of the “Star Spangled Banner”.

It goes without saying that Jimi Hendrix was before his time. His playing style birthed a new form of rock and roll, and numerous sub-genres from it. His ability was uncanny, and it flowed throughout his body. Remember, this is a man who played his guitar behind his head and with his teeth and tongue. A man who played a right-handed guitar turned upside down, and strung for lefties.

Unfortunately, the brilliance of Jimi’s life was cut short. He died at the age of 27, after recording three albums with the Jimi Hendrix Experience and one live album with Band of Gypsys.

During his life, Hendrix experienced a number one record with Electric Ladyland. He was the highest paid performer in 1969, heading the now infamous Woodstock festival.

Rolling Stone magazine has listed all three Jimi Hendrix Experience albums in the top 100 greatest albums of all time. They’ve also ranked Hendrix as the greatest guitar player ever, and the sixth greatest artist of all time.

If you want to be a force in the blogging world like Hendrix was a force in the music world, you must find your signature sound and let your voice be heard. Here are five quick tips on how to write a blog post like Jimi Hendrix:

To commemorate this article on how to write a blog post like Jimi Hendrix, and to honor the man who brought amazing talent and perspective to this world, I’d like to leave you with a quote:

“When the power of love overcomes the love of power the world will know peace.” – Jimi Hendrix 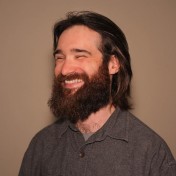 Chris Sturk is a Writer at Lantern. He has edited and written thousands of articles and white papers about best-practice blogging and search engine optimization. Chris has also written about investing, marketing, hiking, health, the outdoors, music, sound and publishing.

Chris is an herbalist, loves to hike, make music, write, and he plays the Gong.