Everyone at BuzzFarmers is always on time, because there’s no such thing as sneaking into the office if you’re late. The second you open the door, you’ll receive a friendly – and frenzied – greeting from Napa, the office dog and housecarl (who has his own blog: Napa’s Daily Growl). Although he’s not very good at answering the phones and sleeps through our weekly meetings, his fuzzy face is a reminder that there is a world outside the workload.

As much as we love our co-workers (and I think I speak for everyone), the connection we share with our pets is one of the most important bonds we have in life. Not only do pets reduce stress after – or during – the workday, but they also motivate us to exercise. Our four-legged friends keep us healthy and active, but who’s taking care of them? Well, the people over at Whistle Labs are releasing an awesome pet product that does just that. WhistleGPS is an on-collar activity monitor and GPS tracking device that measures your dog’s resting, walking, and playing activity in the same way that the Fitbit measures a person’s sleep, steps, and calories burned. One of the most important features of the WhistleGPS is the built-in GPS that works with your smartphone to track the location of your dog in case he wanders off.

Whistle wants humans to understand how the activities they do with their dogs influence their overall health and, ultimately, add years to their lives. The company is also doing great things with marketing and PR, and that’s another reason why we think they’re cool.

Why We Think WhistleGPS is Cool: ‘Worry Less, Adventure More’ with #WhistleGPS

As serious as Whistle is about improving pets’ health with tech advances, at their core, they’re still just dog lovers. And what dog lover doesn’t like a cute dog photo or two? Thus, the “Worry Less, Adventure More” photo contest was born. Users could enter to win a free device by sharing photos of their dogs enjoying their dream adventures along with the hashtag #WhistleGPS (instead of some brand-less hashtag like #DOLO, which I guess is YOLO for dogs). Even Napa submitted a photo! This not only spread the word about WhistleGPS, and helped reach their goal of 10,000 pre-orders that week, but essentially created a database of funny dog photos, for which we thank them.

The wearable device market is exploding as we try to find new ways to quantify our habits and actions. It only makes sense to apply the same technology to man’s best friend with a health monitor and dog-tracking collar. What do you think is coming next in the world of wearable tech and pet care? Google Glass for your cat? We think Whistle’s strategy of capitalizing on our love for goofy pet photos is brilliant. What do you think?

And, yes, Napa is already signed up! 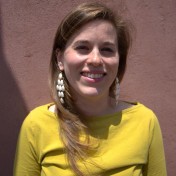 Erin Ollila is a Writer at Lantern. She tackles topics from pet health to dental practice management and has special expertise in topics like personal event planning and HR.